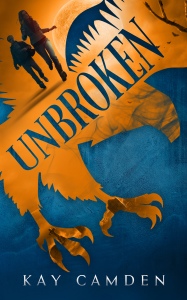 The Unquiet Series is an urban fantasy trilogy with a wholesome small-town hero, a mysterious anti-heroine, and a world of unquiet spirits, razor-toothed demons, and thunderbirds.

UNBROKEN is book two in the series, so if you’re new to this series you must read UNQUIET first!

Get the ebook version of UNBROKEN now for a release price of only $3.99!

And please remember to rate, review, and spread the word!

Mutual enemies. Opposite worlds. She fled to keep him safe. He won’t stop until he finds her.

Waapikoona’s journey home was supposed to be a respite from the chaos that tore her from her path in Missouri. Bad news and new grief cut the warm welcome short. Even armed with the perfect clue to find her sister’s abuser, the danger she faces is all too … real.

Mick feels like the most unqualified of heroes. Too much to do brings too many mistakes and distracts him from his hunt for Waapikoona. When an unexpected guest arrives in his woods, urgency electrifies his search. It’s no longer just his life that depends on finding Waapikoona.

The creatures of the underworld are multiplying. Growing bolder. And now threatening more than just Mick. He can’t solve anything without Waapikoona, but someone else has found her first—someone who wants her dead. She’s been raised from her grave once. Twice would be a miracle. 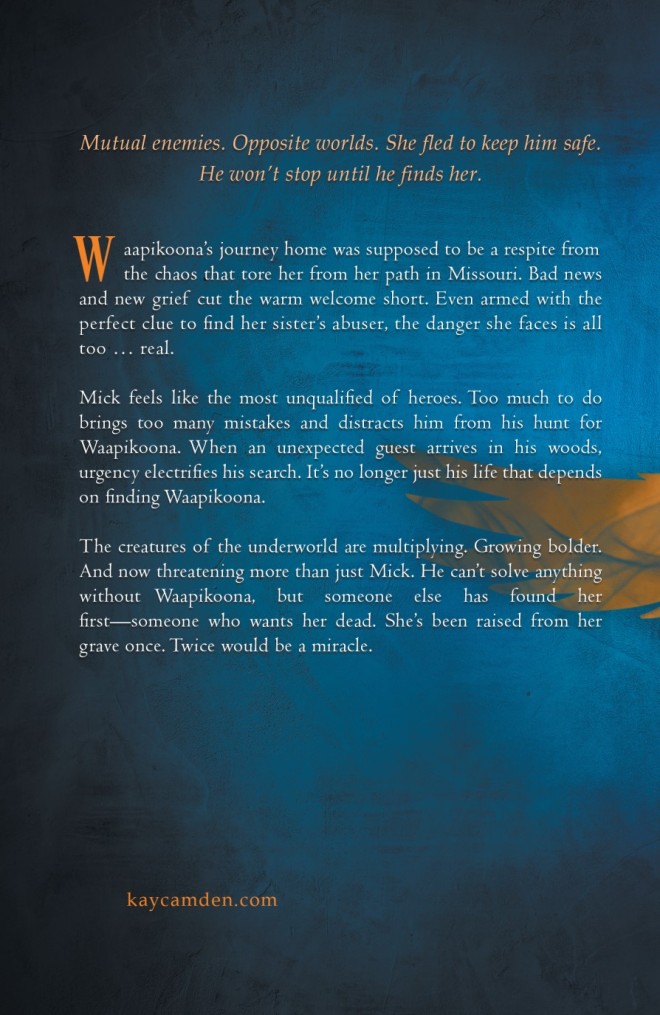 Many thanks to Colleen at ampersandbookinteriors.com! She’s a real pro and a pleasure to work with. These pages are so dramatic and beautiful, and I can’t wait to share them with readers.

1,535 words added today to UNCHAINED, after 6+ hours spent yesterday recovering my focus by skim-reading this book from page one, reviewing all my messy notes, and digging through my brain. Write every day. There is so much truth to that.
Last day at #thebeach
Check out my new walking shoes!
I bought a new thing.
I don't know what this plant is, but I can't wait to see it more mature. #missouri #springtime #annuals #whatisthisplant
Phew... I know I'm late on this series, but wow, what a book. #sixofcrows #leighbardugo #fantasybooks #amreading #bookstagram #books #nomournersnofunerals